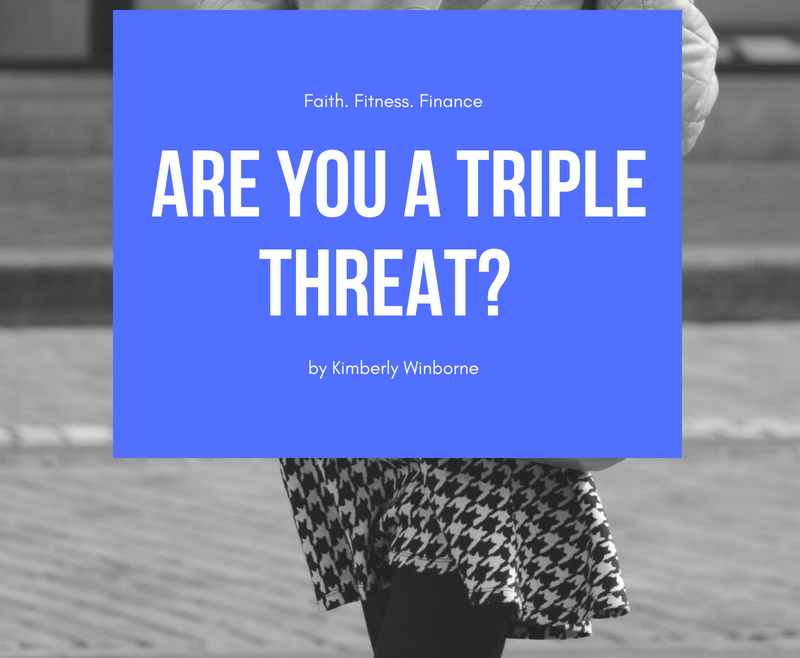 Are You a Triple Threat?

“In your pursuit of perfection, landing on excellence will do just fine.” This is a quote, or the quote paraphrased that I heard a few years back for the first time at a leadership seminar. I believe the speaker was referencing Coach Vince Lombardi’s quote that says “Perfection is not attainable, but if we chase perfection we can catch excellence.”

Another one–“Excellence is an art won by training and habituation.  We do not act rightly because we have virtue or excellence, but we rather have those because we have acted rightly.  We are what we repeatedly do. Excellence, then, is not an act but a habit.” – Aristotle

Lastly, “I was raised to believe that excellence is the best deterrent to racism or sexism. And that’s how I operate my life.” – Oprah Winfrey

These well-respected dignitaries span, not only across centuries, but profession, gender, and race; yet, they all have the same focus in mind–EXCELLENCE.  They understood the power in seeking after and walking in theirs.

There is another quote that states that whatever that thing is that you focus on, you get more of.  Hmm…FOCUS. EXCELLENCE.  I challenge you to take a moment right there to ponder –what am I focusing on, and will it lead to much or little?  Is it going to challenge me to excellence, or mediocrity?

At the end of last year and into the beginning of this year, I fell ill.  No matter what I tried to do myself, I just couldn’t get better.  I began to just cope with the discomforts, while at the same time trying to figure out what I was doing to add to this problem.  The things that we do have a direct effect on our bodies, so I knew that there was a piece of the bigger puzzle missing for me, and I was determined to figure that out!

I had a lot of time to think –to meditate.–to pray.  So much clarity was gained over those three months that changed my life. My focus was shifted so outward on others that I began to neglect myself.  As I focused on being excellent in my work, I began to get off balance, and that became my everything.  Well, when you are off balance, you can’t operate in your excellence.

I had to begin to FOCUS on what my true excellence factor was.  I mean, could I really produce in excellence long term in one area and not in the other areas of priority in my life effectively?  My body told me NO!  While I was focused on being excellent at work, I was off balance in my time with God (FAITH), as well as my time with myself to remain strong and healthy, both physically and mentally (FITNESS), which affected my family and friendships.  I was off balance in my finances as a result.

Are you a Triple Threat?  What?  I was laying in bed and that’s what I heard loud and clear!  Are you walking in excellence in your faith, fitness, and finances?  Being a Financial Success Coach, I operate in a methodology around my finances, but it wasn’t enough to provide me balance… Nooooo.. I had to FOCUS on EXCELLENCE in all three of those areas to produce and attain that balance!  What a lesson!

This led me to go back to the basics –to focus on the things that would allow me to be great where I needed to be; which meant having laser FOCUS on my priorities so that I could excel in them.  I teach my clients how to do this as well.  With years of leadership development experience, even I can get off course, but it was important for me to go back to the foundation for everything- EXCELLENCE. 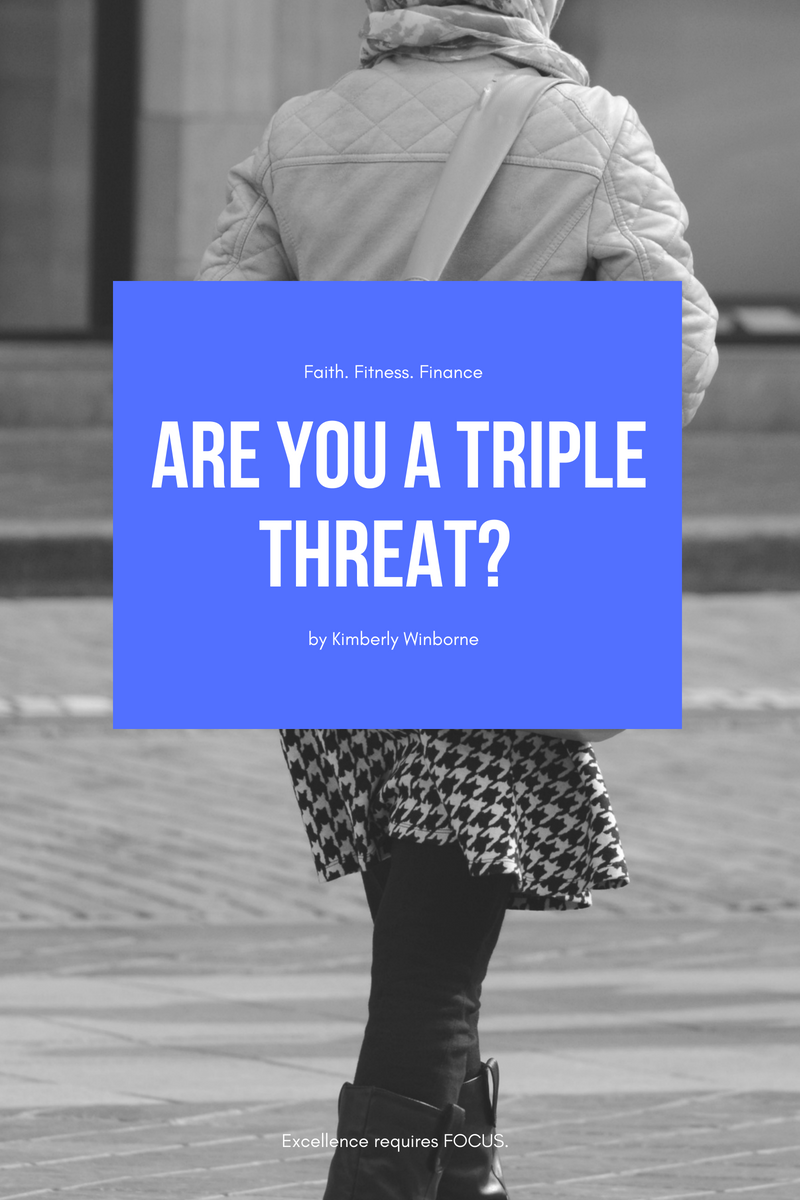 So, I ask you, are YOU a triple threat?  Take our survey to find out at https://www.surveymonkey.com/r/FWRDWG2 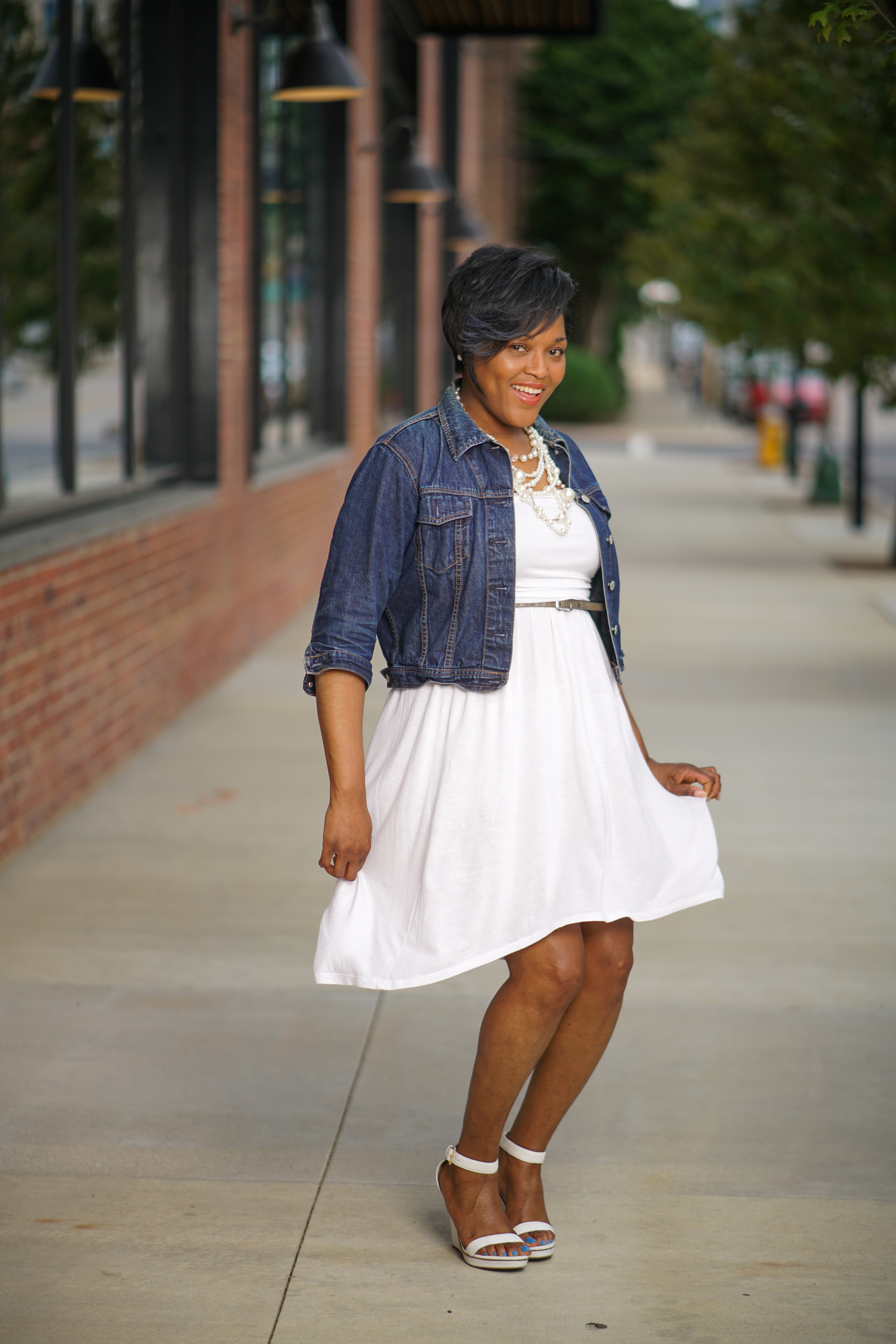 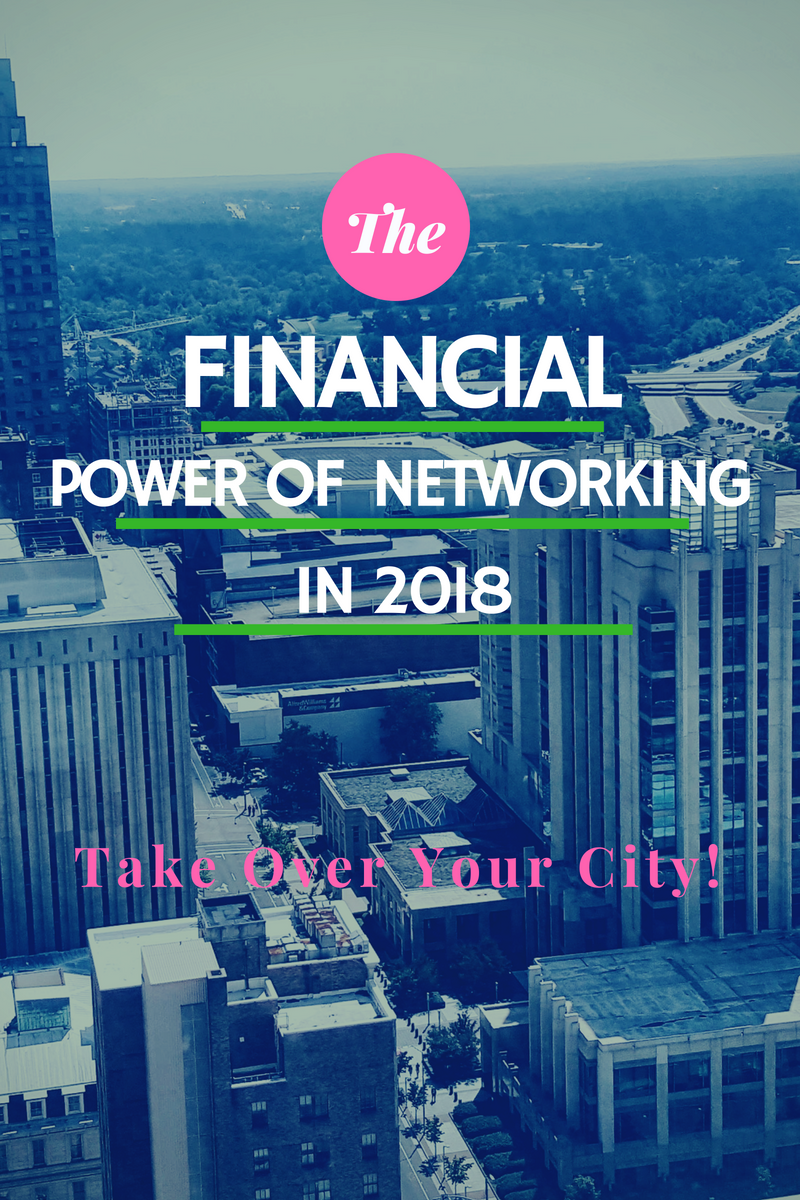 The Power of Networking In 2018

Are You a Triple Threat?